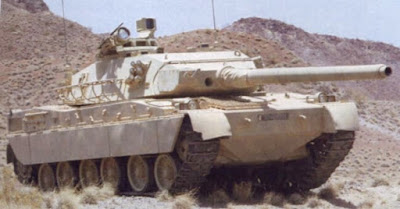 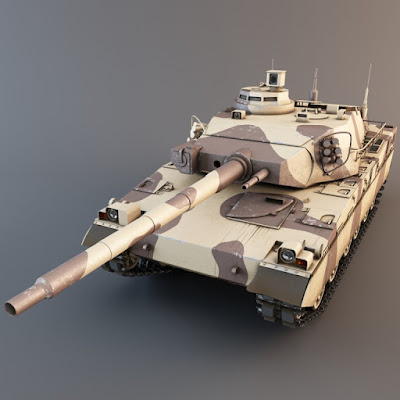 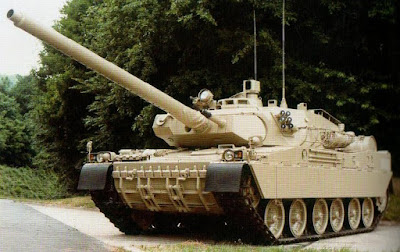 The Brenus armor package coupled with the dozer blade would probably increase the combat weight of the AMX-40 to something like 46 metric tons.

The AMX-40 was a French prototype main battle tank. Its development began in 1983 as a clean sheet design. Four prototypes had been produced by 1986, and the design was offered for export notably to Spain.

The tank was of fairly standard configuration, with the driver at the front, the turret in the center, housing a gunner, commander and loader. With the engine at the rear. It's armament consisted of a 120 millimeter calibre smoothbore gun, with a coaxial 20 millimeter calibre autocannon. The tank was powered by a 1,100 horsepower V12 diesel engine coupled to an automatic transmission.