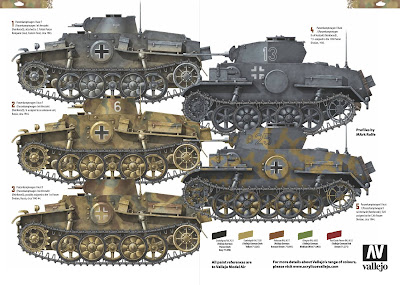 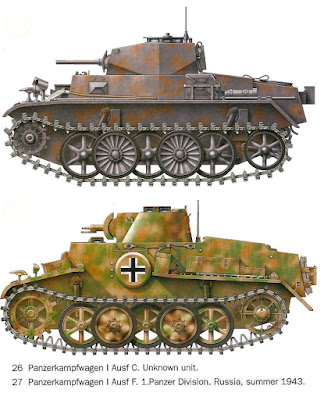 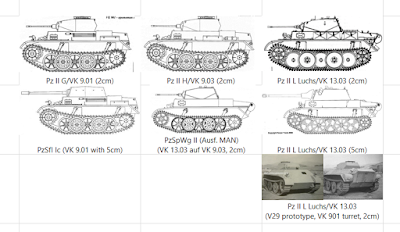 Panzerkampfwagen I Ausf C Other designation: Pz Kpfw I nA Type: Light tracked VK601 reconnaissance vehicle. A further development of the Pz Kpfw I to provide a fast reconnaissance vehicle with increased armour protection, for use in airborne operations. Krauss-Maffei received the order to develop the chassis on 15 September 1939, while Daimler-Benz were ordered to design the superstructure and turret. A single prototype was built and extensively tested. The wheel and track arrangements underwent considerable modification. Initially, the trial production series of 40 vehicles were to have been fitted with self-lubricating tracks, but these were dropped in favour of dry pin tracks before the VK601 was issued to combat units in 1943. A more powerful motor, the Maybach HL61, was fitted in the final development vehicle, the VK602.

The Pz Kpfw I Ausf C was a completely different design from the Ausf A & B. The suspension had overlapping road wheels sprung with a torsion bar, which allowed the vehicle to attain the high speed of 65 kilometres per hour. The armour thickness was double that of previous Pz Kpfw I models. The driver's vision was limited to a visor in the front plate and a second visor immediately to his left. A cupola was fitted with 8 periscopes to allow all-round vision for the commander, whose only other vision was provided by the sighting telescope. The main armament was a large-calibre machine-gun, the EW141, which was coaxially mounted with the MG34.

Two were issued to the 1st Panzer Division early in 1943 and taken to Russia for combat evaluation. The other 38 had been issued to reserve units of LVIII Pz Res Korps (Reserve Tank Corps) at the time of the Normandy invasion in 1944.

Panzerkampfwagen I Ausf F Other designation: Pz Kpfw I nA Verstarkt Type: Heavily armoured VK1801 infantry assault tank (machine-gun armed). Further development of the Pz Kpfw I, with the heaviest possible armour as the main design feature. The initial order of 30, given on 22 December 1939, was filled, but an additional order for 100 was cancelled before production began. The final development vehicle, the VK1802, was built with the VG15319 pre-selector gearbox.

The Ausf F had a 'Schachtellaufwerk' (interleaved suspension) with overlapping road wheels and a torsion bar suspension. Its 80mm frontal armour was inpenetrable by most anti-tank guns of the period. The commander had 5 periscopes set in the turret roof for vision to the front and sides, plus a binocular telescope for sighting the machine-guns. Vision for the driver was provided by a sliding shutter visor in the superstructure front, and a periscope mounted in the hull roof, on the driver's left side.

Eight were issued to the 1st Panzer Division early in 1943 and taken to Russia for combat evaluation in the summer of 1943. 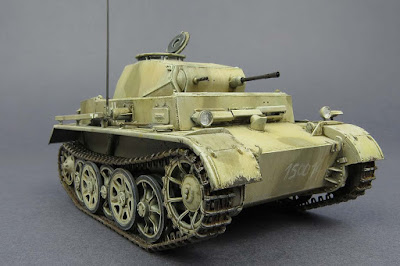 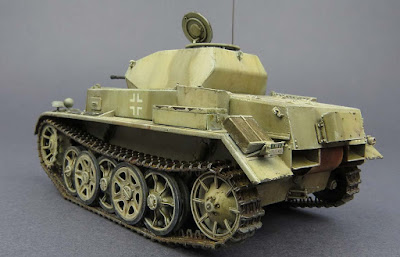 Panzerkampfwagen II Ausf G Other designation: Pz Kpfw II nA (VK901) Type: Light reconnaissance tank. The VK901 was a further development of the Pz Kpfw II series, the main design objective being an increase in speed. The order was issued on 18 June 1938 for MAN to develop the chassis, and Daimler-Benz to develop the superstructure and turret. The order was for an '0-Serie' of 75, with production to start in October 1940. The prototype of the chassis was completed late in 1939, but the many modifications delayed production, and of the entire order, only twelve were completed.

The VK901 had a completely redesigned suspension, with five pairs of overlapping road wheels, sprung on torsion bars. As in the previous Ausf D, E and F, the hull front was box shaped, but devoid of hatches. The driver and radio operator entered through the superstructure roof hatches, and were provided with vision ports to their front and sides. The turret, mounted centrally, was devoid of vision ports. The commander's vision was supplied by the periscopes in the cupola, and by the gun sight.
No evidence has been found of the VK901 having been issued to units for front-line service. Twenty-seven of the VK901 turrets were released for use in fortified emplacements as stationary pillboxes.

Panzerkampfwagen II Ausf J Other designation: Pz Kpfw II nA Verstarkt (VK1601) Type: Heavily-armoured reconnaissance tank. The VK1601 was a further development of the Pz Kpfw II series, the main objective being the provision of maximum possible armour protection, while retaining the original weight. The development order for an '0-Serie' was issued on 22 December 1939. Development of the chassis was entrusted to MAN, and of the turret, to Daimler-Benz. The prototype was completed in June 1940, and production was to have started in December of that year. Various delays were encountered, however, and only twenty-two VK1601 were completed.

The VK1601 had a Schachtellaufwerk (interleaved suspension) of similar design to that of the VK901, but more strongly built in order to support the additional weight. The hull and superstructure were built as one unit-a departure from the normal German practice up to this time, of a superstructure bolted to the hull. Access for the driver and radio operator was facilitated by circular hatches in the hull sides. The commander's access was through the turret roof, via a cupola which was equipped with periscopes.

Seven VK1601 were issued to 12th Panzer Division, which saw service on the Eastern Front during 1943. In 1944, a VK1601 was found minus its turret, and with a jib fitted, to create a rudimentary Berge-Panzerwagen (Armoured Recovery Vehicle).

Panzerkampfwagen II neuer Art Ausf H und M Other designations: VK903, VK1301 Type: Light reconnaissance tank. The VK903 was to have been the production version of the earlier VK901 (Pz Kpfw II nA Ausf G), having increased side armour, different transmission and a higher speed. In March 1942, it was decided to replace the SSG 48 gearbox by the transmission of the Pz Kpfw 38(t) nA in production models. The total order was for 200 vehicles, with 120 to be built between April and December 1942. Delays set the projected production start date back to September 1942, but by this time, the project had been cancelled. The VK1301 was intended as a heavier reconnaissance vehicle to be built alongside the VK903. It was to have had the 5-cm KwK39/1, but, fitted with the 2cm KwK38, it was the forerunner of the Ausf L (VK1303). Both vehicles were similar in appearance to the Pz Kpfw II Ausf L (VK1303), differing only in armour thickness. 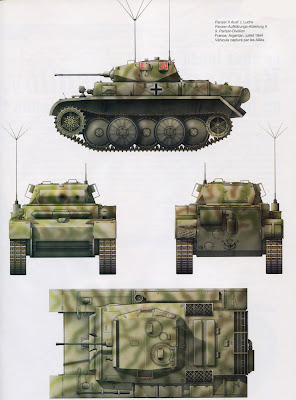 Panzerkampfwagen II Ausf L (Sd Kfz 123) Other designations: Pz Sp Wg II, VK1303, Luchs Type: Light reconnaissance tank. The Luchs (Lynx) was developed as a fully-tracked armoured reconnaissance vehicle. The development order was issued on 15 April 1939, with production to begin in August 1942. MAN developed the chassis and Daimler-Benz, the superstructure and turret. The first trial vehicle was completed in April 1942. The initial order was for 800 Luchs, the first 100 with the 2cm KwK38 and the remainder with the 5-cm KwK 39/1 L/60 (designated Leopard). However, the 5-cm KwK 39/1 version was never produced, because an order issued in January 1943 decreed that production cease after the first 100 Luchs had been completed.

The VK1303 retained the same suspension and hull design as its predecessor, the VK901. The superstructure was widened, extending over the tracks to allow a larger turret to be mounted. The turret lacked a cupola and vision ports. In their place, two revolving periscopes were fitted to the turret roof to provide vision for the gunner and commander.

Issued to the Panzer-Aufklarungs-Abteilungen (Armoured Reconnaissance Detachments) of the Panzer divisions, it served on the Eastern and Western fronts until the end of the war
at July 18, 2019