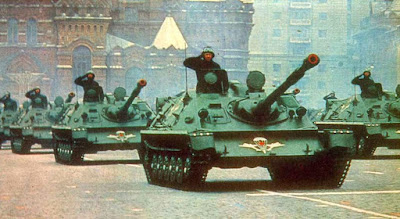 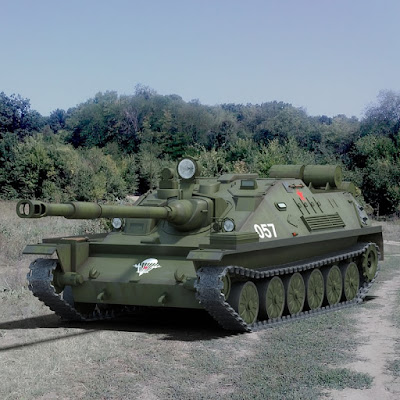 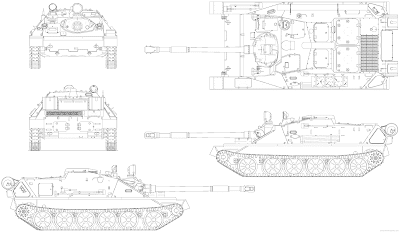 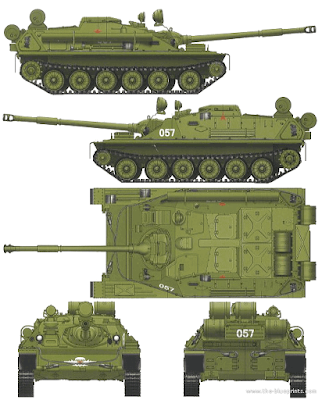 Soviet Aviadezantnaya Samochodnaya Ustankova or airborne self-propelled gun. The ASU equipments of the Soviet army are specialized self-propelled antitank and direct support guns, developed for airborne delivery. There are two types, the ASU-57 and the ASU-85.

The ASU-85 is a heavier vehicle, based on the chassis of the PT-76 tank, though the ASU version is not amphibious. The gun is an 85-mm/53-cal weapon and is fitted with a fume extractor and a muzzle brake. It can achieve a muzzle velocity of about 800 m/sec (2600 ft/sec) firing armour-piercing shell. The vehicle is air-transportable by fixed-wing aircraft only, due to its weight, and has an armour basis of 40 mm. Night vision equipment and an NBC system are fitted as standard. First seen in Soviet service in 1962. it appeared in the Polish army in 1964 and later in the East German army. The 85mm gun is effective against light armour and its own thicker armour provides more effective protection for paratroop units, which because of their airborne weight restrictions are woefully short of effective artillery support weapons. The increased weight of 14 tonnes means that the ASU-85 cannot be para-dropped but nevertheless is air-transportable. Each Soviet air- borne division fields 18 ASU-85s and since their introduction in 1961 they have seen service in Prague in 1968 and more recently in Afghanistan.

The ASU-85 became possible with the introduction of the Mi-6 and Mi-10 helicopters and high-capacity multi-chute and retro-rocket systems for fixed wing-drops. It was first observed by NATO in 1962, and was widely used by Soviet and Polish airborne units.